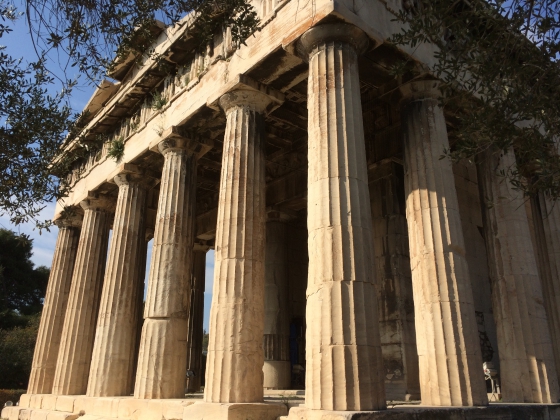 In recent years we have seen the strangest things happening to our universities. Professors must be extremely careful about what they teach. If they present scientific results that do not fit the ideology of activist movements, their lives are made difficult and they even run the risk of being excommunicated. Joining the consensus is by far the safest. The Boards of Governors do not protect their professors; on the contrary, they are solidly behind the activists.

The University of Amsterdam believes that every student should become ‘woke’. It is no longer about developing talents, but about making white, heterosexual, serious students feel guilty. After all, their ancestors have blood on their hands and they are the new generation of oppressors. Radboud University in Nijmegen has bowed to climate activism and has just decided that all students must be taught the sustainability narrative. The climate crisis is central to this, whether that is scientifically correct or not, that does not matter in Nijmegen.

My own university, TU Delft, has recently adopted the fashionable label ‘climate university’. This university also indoctrinates its students by telling them that there is a man-made climate crisis that must be solved with solar panels, windmills and biomass plants. Criticism is not tolerated. But I say to the Board of Governors, surely the university must be a sanctuary for the unbiased exchange of knowledge? How free is the discussion at TU Delft if everyone is pushed into an ideological straightjacket? Do you still want to send your child to such a university?

Honorary Doctorate
But the worst is yet to come. TU Delft has just announced that it will award EU Vice President Frans Timmermans an honorary doctorate (doctoratus honoris causa), because of the extraordinary achievements he has made with his energy transition policy. But I say to the Board of Governors, Frans Timmermans has done untold damage with his energy policy! He is the great champion of biomass plants, which have been destroying unique ecosystems for many years by massive logging.

Timmermans also believes that sustainability can be achieved with windmills. A technical university such as Delft University of Technology knows perfectly well that such a policy is technically and scientifically nonsensical! Hard figures show that wind farms incur heavy losses; their operating costs are seriously underestimated. Partly due to Timmermans’ policy, energy prices are skyrocketing. And then grant such a person an honorary doctorate? It is an insult to all Delft alumni.

Intertwined interests
Universities have moved in a direction unworthy of science. The interests of science and politics have become strongly intertwined. As a result, critical thinking and truth-finding have not been the starting point for years. Boards of Directors should bear in mind that universities are supposed to be breeding grounds for new ideas. This requires an inspiring research and teaching environment, where new concepts are welcomed and students can develop their talents. Filtering out bad ideas should be done by exposition, argument and observation, not by muzzling creative minds.

Guus Berkhout is a member of the Royal Netherlands Academy of Arts and Sciences (KNAW) and cofounder of CLINTEL.